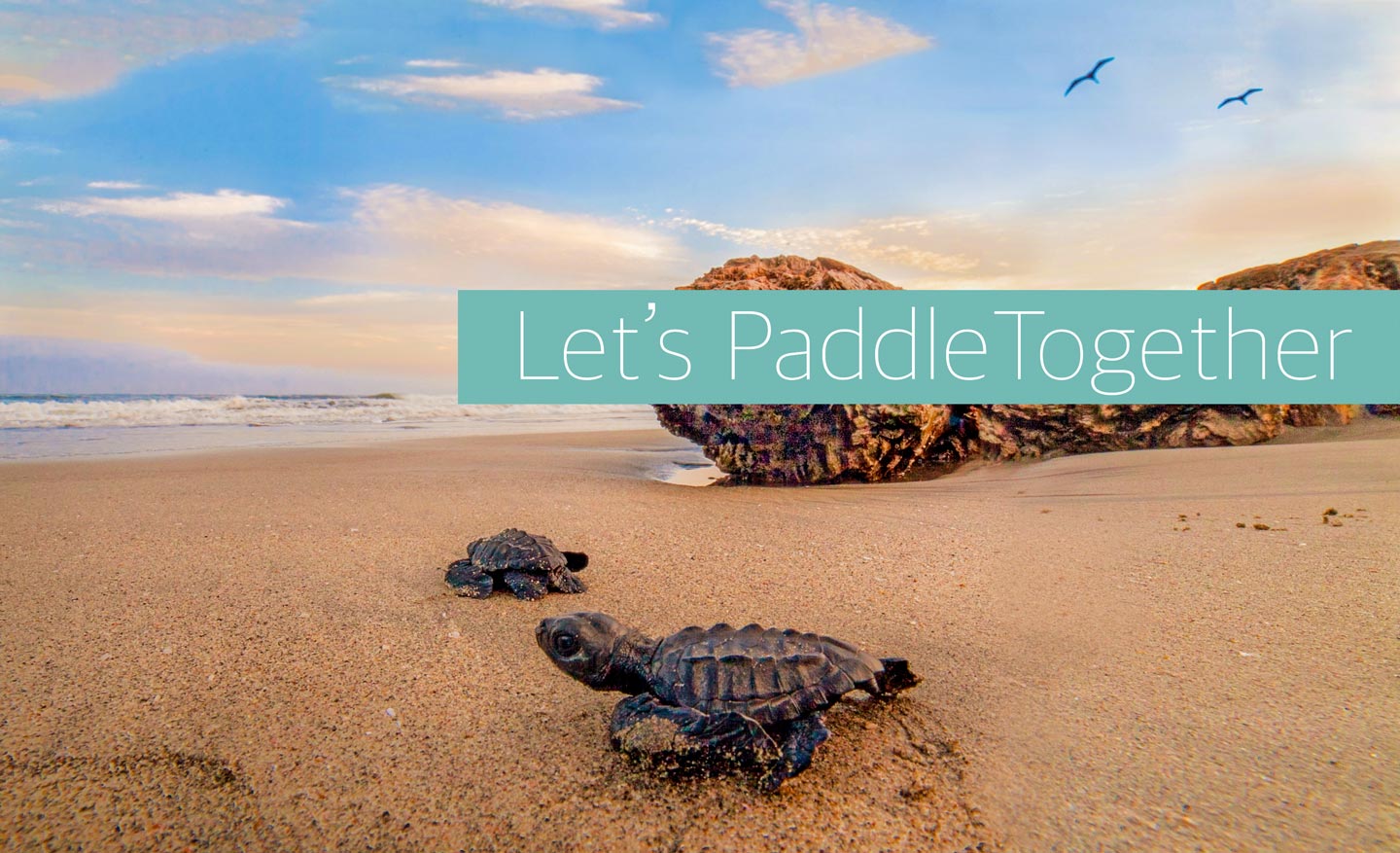 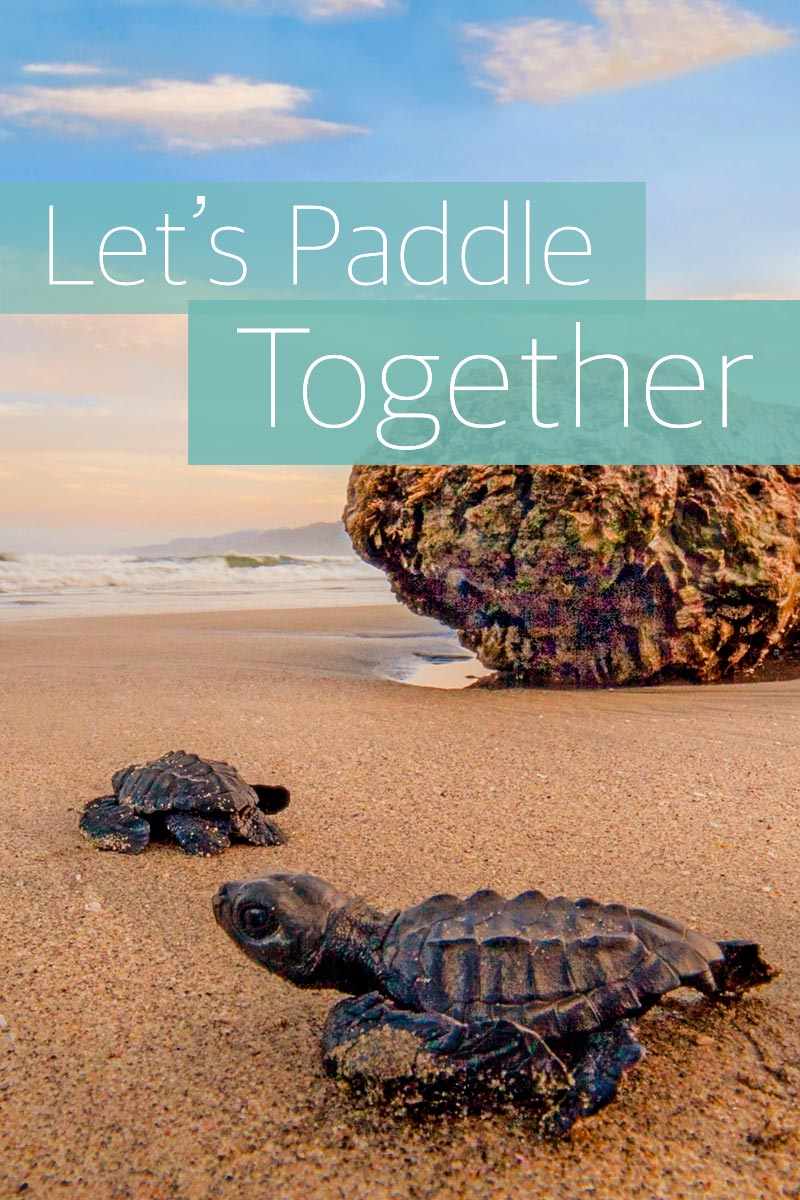 Some surf lessons start at sunset

When we dream of surfing, we imagine standing up and gliding across the wave, but every surfer knows to get there we have to do some paddling. That’s why our popular November Las Olas surf safaris are scheduled during sea turtle hatching season. After the sun sets, we lend a hand getting those little paddlers into their first waves.

• The sea turtle most common to the Las Olas waves is the dark greenish grey Olive Ridley (Lepidochelys olivacea).
• Although hatchings easily fit in the palm of your hand, adults grow to the size of a large umbrella and can weigh over 100lbs. If we grew at that rate, we’d weigh in at around four tons at college graduation.
• Sea turtles have been around more than 200 million years. In comparison, we humans showed up late to the party about 200,000 years ago.
• Some sea turtles can remain underwater for up to five hours. Us? Two minutes on a good day.
• Sea turtles have been known to cry, but not over spilt milk. They have tear glands that flush the salt from their eyes.
• The sex of the turtle is affected by temperature. Warmer temperatures equal more females, cooler temps mean more males. As global sea temps rise, the gender balance is getting out of whack.
• Part of the sea turtle diet is jellyfish, but plastic bags floating in the ocean look like jellyfish. Just like us, they can’t digest plastic.
• Once in the ocean, sea turtles don’t return to the beach where they were born until it’s time to lay their eggs. It’s like going home for the holidays once in your whole life, just to drop off the kids.
• Sea turtle eggs look remarkably like ping pong balls, but that’s where the similarity ends. Don’t try it.
• For safety and direction, baby sea turtles usually hatch at night. The darkness protects the little paddlers from predators while the white water guides them towards the sea. But lights from homes can lure them in the wrong direction, so we sometimes have to use our cellphone flashlights to guide them back out. It’s amazing to see the tiny herd change direction.
• Adult sea turtles have Yoda-like faces that look as if they might share some galactic wisdom, but they don’t have vocal cords. Instead some make clucking sounds while others make a high-pitched whine. If you understand that, please share.
• For over 20 years, Frank Smith and Grupo Ecológico de la Costa Verde have rescued and released over one million hatchlings with support from donations and volunteers including Las Olas surfers. Impressive considering that sea turtles were almost extinct in our area when the rescue started.
• Sea turtle hatchlings generally have a one in a thousand chance of survival. Even though Grupo Ecológico released over a million baby turtles since 1997, only about a thousand grew to have babies of their own.
• Join us in November to learn even more about these amazing creatures and we’ll paddle for surf together.
See you in the waves,
bev 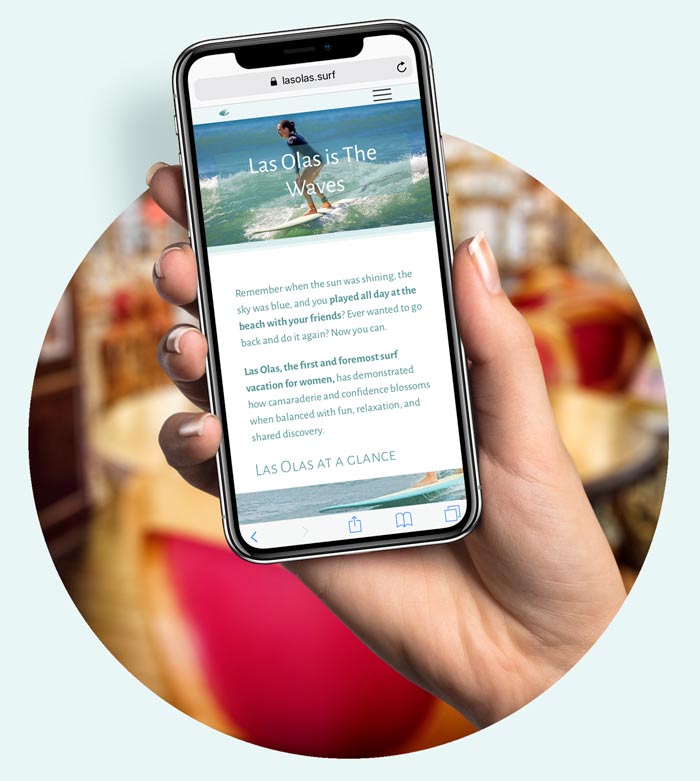 For over 20 years we’ve collected stories about women and surf culture that resonate with us. We write about friends, fashion, food, the waves, gear, and much more with one unifying theme ~ our connection to the ocean.

If you’d like to join us in the lineup, enter your email and tap the LAS OLAS STORIES button below. We’ll send you the next post. We promise not to share your address with anyone and if our stories aren’t your cup-of-tea, you can one-click unsubscribe at any time.

If you use gmail or Yahoo! mail and don’t receive an email from us, be sure to check the Promotions tab in your Inbox. Add us to your Personal folder to guarantee you get the freshest stories on time.

You have questions? We have answers.